According to a new report by Bloomberg Intelligence into the electric vehicle (EV) sector globally, Tesla is likely to retain its global number one battery electric vehicle (BEV) sales spot for at least another 18 months as legacy automakers struggle to sell a meaningful share of BEVs in 2022 and 2023.

The report entitled ‘Battery Electric Vehicles Report - Automakers Race to the Top’ finds that the profit incentive to catch up with Tesla is lacking for most traditional marques in the short term amid rising battery costs and a lack of scale, except for Volkswagen. The German automaker is on track to overtake Tesla's BEV volume in 2024 as global BEV demand is set to more than double out to 2025.

Battery prices remain critical to the cost competitiveness of BEVs, and Volkswagen is investing up to EUR30 billion in the supply chain, including the opening of six new battery-cell plants in Europe by 2030. Swedish battery developer Northvolt starts production on premium cells for it in 2023, while Audi's midsize Q4 BEV SUV already has a similar margin to its internal-combustion-engine counterpart, the Q3. 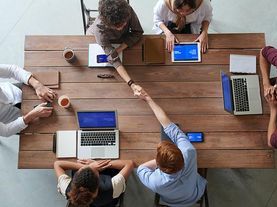